A little trip to Bergen

This post is also available in: Norsk At my place of work (Aure) We had a 9-seater company car that needed to travel ~602KM ~(374Miles) to Bergen to be replaced by a new car, that needed to be driven the same distance back again, and when the boss ask the only Geocacher onsite if he...

At my place of work (Aure) We had a 9-seater company car that needed to travel ~602KM ~(374Miles) to Bergen to be replaced by a new car, that needed to be driven the same distance back again, and when the boss ask the only Geocacher onsite if he wish to do the drive, he got a YES I’LL DRIVE!! as an answer

A plan is made

As usual, I used cachetur.no and the cachetur assistant to make a trip and realized that this trip could take some time, so I chose to split the trip into some stages by using subtrips, so it became a trip between home and just after the thr Lavik-Oppedal ferry, where I saw on the map that there was a small resting place where I could rest a little from around 01:00 at night and a few hours before the next leg started towards Bergen followed by proper rest in a hotel, a new little trip on some caches in Bergen before the last leg on my way home.

The first part of the trip was to depart from Skodje at 1430 via Biltema (Biltema is a chain of restaurants/retail stores, specialising in tools, car supplies and leisure products), the car I was driving had 1 cigarette lighter outlet and an old FM radio (Norway recently shut down their FM radio service and opted for DAB+), I had to have more power outlets so that I could power the Garmin DriveAssist GPS, Garmin Montana to to record discovery, mobile charging and a DAB adapter to listen to the radio as a company along the way, before taking 1525 ferry to Festøya.

At this stage there were 17 caches and cachetur could tell me that if I found all these, I would secure 155 of 60 required points to secure this month’s geocaching souvenir.

Highlights on this stage where Austefjord padda, Under ei rot (a cache that should be placed along a beautiful water, the location was well worth the stop, but I couldn’t find it, so it became a DNF) and Gloppen sculpture park (it was pitch dark here when I arrived, but I quickly realized that I had to make a new stop here on my return just to see all these great sculptures).

After driving off the ferry in Opedal, I was a bit tired because I managed to overlook the exit to the resting place where I was supposed to rest for a bit, so I had to take a little extra trip through a tunnel before I could make a U-turn

After getting rested and sleeping in the car, it was time to start caching, the first cache I was going to try was a DNF Skrikebergtunnelen. I was probably very unlucky this night, after looking at the track log on my GPS it turns out that the signals had thrown me back and forth and everything was very inaccurate

Here we see that while I was sleeping in the car, the GPS has had trouble with finding my location

This stage was a great drive in nice surroundings, where I picked up a few easy sectors for the Challenge: 360 degrees of Norway, visited a cool coastal fort, and suddenly after a couple of quick hours so I arrived at my destination to switch cars and got checked into hotel for proper rest.

Having stayed in a hotel and sleeping almost all of the Wednesday when it appeared to be a wonderful weather in Bergen, it was a little disappointing but no surprise to wake up to a pouring rain.

Here there was an attempt on the cache type I’m least comfortable with namely EarthCaches, down behind Flesland, as well as a few others around the airport and a virtual downtown before I needed to turn homeward

Fortunately on my way home I had not added that many caches, because with the rainy weather that followed me from Bergen, I ended up swapping socks and shoes 4 times and was quite soaked. But I had seen some waterfalls, old bridges and made sure to see Gloppen cultural park in daylight which was definitely a highlight

A total of 1 caches are extra caches, and 7 of the planned caches were not found

Total distance cache to cache (including DNFs) is 470,5 km.

Average distance between caches is 10,5 km. 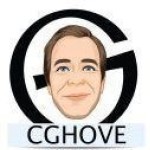